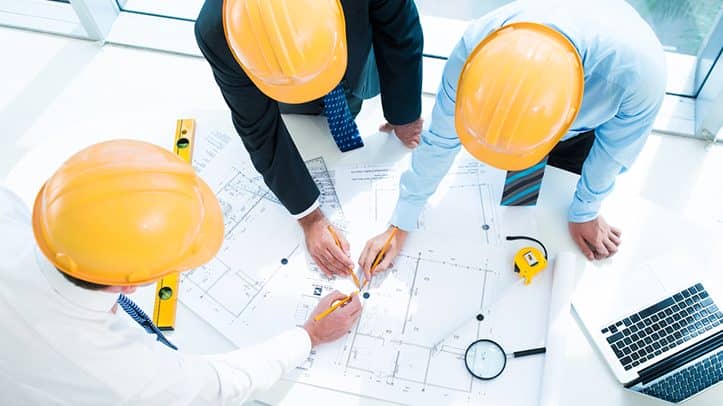 Drones are starting to fill up out skies. Often as a nuisance, but more and more they are finding a place in professions and industries no one would have thought. Both land surveying and civil engineering in general are starting to feel the impact of drones as they evolve in various fascinating ways. It’s still early days, but what’s already happening speaks volumes about a drone-based future for these industries.

Surveying the State of Drones in, Er, Surveying

Surveying is one of the oldest practices in construction. No matter which era of civilization you may find yourself in, you need to carefully survey a construction site if you want your buildings to last.

It’s a laborious, time-consuming process. Worst of all, it can be pretty dangerous as well. After all, the areas being surveyed are often pretty wild by definition.

Drones are proving to be fast, cost-effective and of course much safer for human surveyors to operate out of harm’s way. With government offices now more open to accepting drone-based survey data for official purposes, it’s likely that specialized survey drones will become a standard part of the profession.

A drone is in essence a platform for other technologies. Various cameras, such as FLIR, allow for a wide variety of footage types to be made. Advanced LiDar sensors can create centimeter-scale 3D maps and high-resolution conventional cameras can feed photogrammetry software to create incredibly 3D models of the real world. It’s this ability to act as fast, mobile scanning platforms that provides the bulk of drone technology’s value to engineering.

Surveying isn’t the only way that those in civil engineering get information about the state of the physical workspace. When working with existing structures it’s important to get an accurate picture of its state. Structures like bridges and apartment buildings require regular inspection. Often in places that are very hard to get to!

With drones it’s possible to reach and detect damage on roofs, under bridges and other nooks and crannies. Which makes the world safer for everyone and opens up many new opportunities in the civil engineering industry.

What if drones could actually be used to construct structures? It’s been a working concept in the lab for many years. Recently, in 2016, drones were used to build a model tower with real bricks, as part of a proof of concept. As more diverse and capable drones come to be, including ground based construction robots, we may very well see extensive automation in construction itself. At the very least drones will be a key part of any robotic construction crew’s sensory system.

It’s not pie in the sky either, we’re already seeing autonomous concrete 3D printing robots, so a largely automated construction system is something we can hope to see sometime during this century.

In many parts of the world, state regulations of drones are coming into full force. In the United States, anyone who wants to use a drone for professional, commercial uses needs to register it and pass a drone licensing test. There may also be additional regulation for specific professions. So if you’re thinking of taking advantage of drone technology in Surveying or Engineering, double check the laws and regulations in the are you intend to operate.

With so many machines suddenly occupying out airspace, it makes sense that serious regulation is needed. It’s a great opportunity for civil engineering and construction professionals to get in on the ground floor of regulatory development.

Drones are at the vanguard of robotics as an accepted part of mainstream society. Most urban dwellers these days won’t look twice at a drone going about its business. In the future there may be drone-like robots absolutely everywhere doing jobs that haven’t even been invented yet. Land surveying and civil engineering are just a small part of the universe of drone-infused developments that are coming. The time to get excited is now and the time to invest in this technology seriously may be sooner than you think.