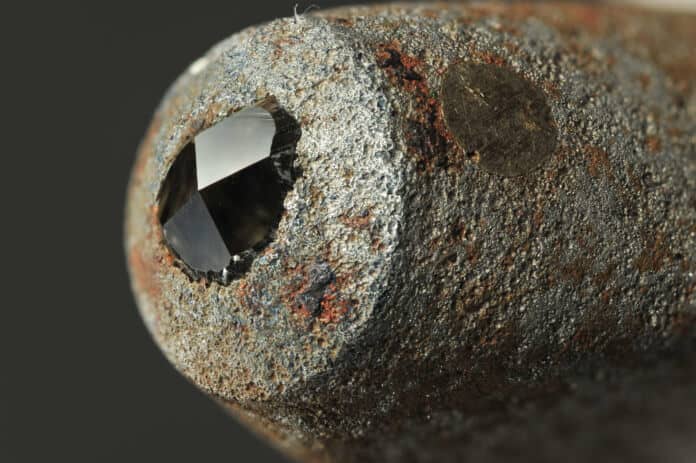 It is a well-known fact that diamond is the hardest material on the planet. However, diamond lost its status of the hardest substance when scientists at the North Carolina State University discovered a new, harder-than-diamond form of carbon.

The research team found a new phase of carbon, called the Q-carbon.

The new phase of carbon is quite different from graphite and diamond. Q-Carbon shows some unique and quite unexpected properties like ferromagnetic nature. Another unusual feature of this phase of carbon is that it begins to glow in the presence of energy. See more images from various experiments below:

The research has been published in the Journal of Applied Physics. The Q-phase of carbon was created by focusing a laser beam on amorphous carbon for 200-nanoseconds. The temperature of the amorphous carbon sample rose quickly and was cooled down by the process of quenching to create Q-Carbon.

This recent discovery will be a massive breakthrough in the domain of structures and materials. The new hardest material on the planet might be used for the fabrication of prosthetic structures, improvement of the equipment used for deep drilling, as well as developing new, brighter screens for the smartphones and televisions.