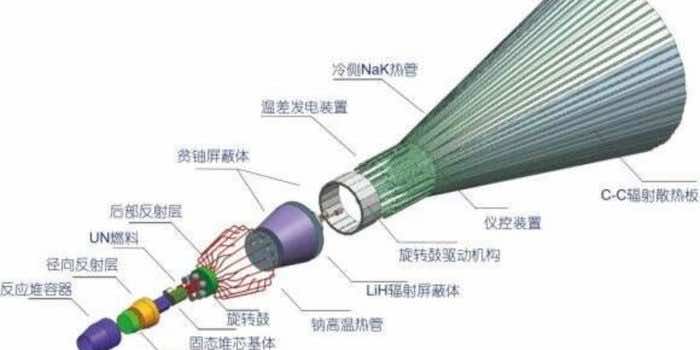 China is considering a nuclear-powered Neptune Explorer to explore the ice giant, its largest moon (Triton), and its other satellites and rings.

The mission was the subject of a study conducted by researchers from the China National Space Agency (CNSA), the Chinese Academy of Sciences (CAS), the China Atomic Energy Authority, the China Academy of Space Technology, and multiple universities and institutes. The paper that describes their findings (published in the journal SCIENTIA SINICA Technologica) was led by Guobin Yu, a researcher with the School of Astronautics at Beihang University and the Department of Science and Technology and Quality at the CNSA.

The spacecraft would also carry several instruments to study the planet, its system, and objects along the way.

After completing a few orbits, the spacecraft would release a series of small satellites and two probes to explore Neptune’s atmosphere and Triton’s surface (respectively).

They aim to investigate Neptune’s internal structure and composition, its magnetosphere and ionosphere, its moons and rings, and its populations of Trojans and Centaurs (small asteroid families that share its orbit). They wrote:

“The internal heat sources of Neptune (gravity collapse, tidal force, isotope decay heat, etc.) are considered to be one of the important sources to maintain the surface temperature of Neptune. There is a deviation between the calculated infrared detection result 57K and the actual result 47K, so the infrared radiation measurement in a wider frequency band is helpful to understand the operation mechanism of the heat release rate inside Neptune.”

“Establish a complete list of planetary rings and their inner Shepherd satellites, study the characteristics, formation mechanism, material exchange, and gas transport of planetary rings of different orbital types, analyze the origin of different celestial bodies, and detect possible organic matter… The multiple planetary rings of Neptune are not uniformly distributed in longitude. Instead, it presents an arc-block-like discrete structure. Why these arc-block structures can exist, and whether they exist stably without spreading out, are all interesting dynamical problems.”

China has developed heavy launch rockets like the Long March 9, deployed space stations (the Tiangong program), and their success with the Chang’e and Tianwen programs have sent robotic explorers to the moon and Mars.