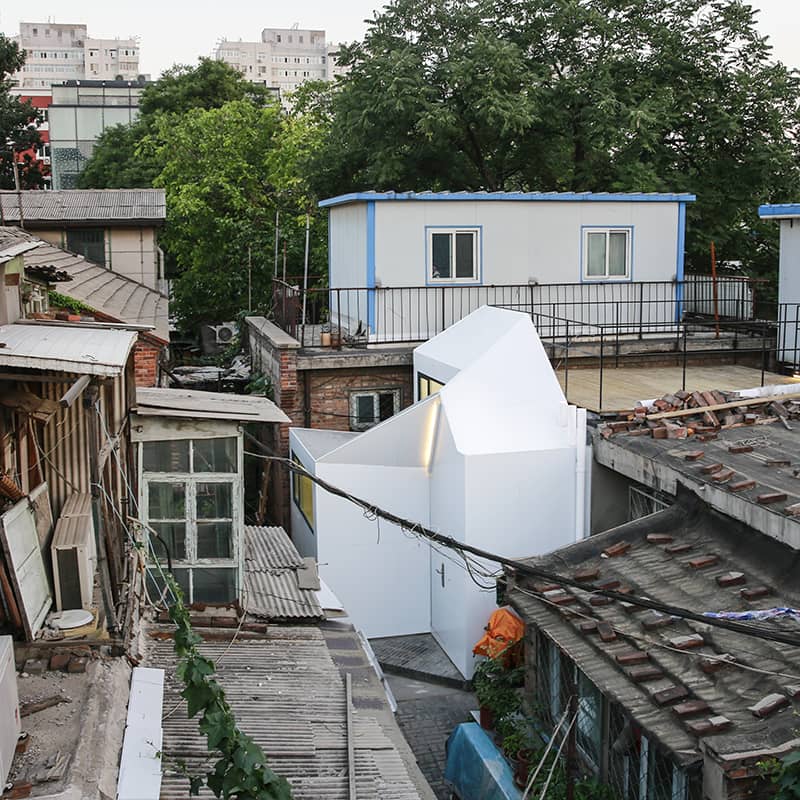 In most parts of the world, having stable housing is one of the most difficult and expensive things to have. Building a house is quite expensive not just for the materials it requires but more so for the intense labor needed to do the job. The US is the biggest economy in the world where about 564,708 people were homeless as 2015 began and the situation is a million times worse in the underdeveloped parts of the world.

The architecture firm People’s Architecture Office (PAO) has erected a house in hours at the cost of only $10,000 using no other tools but an Allen key. The tiny house in Bejing, China was made with prefabricated panels that were assembled on site. The piece of architecture called “The Plugin House” is designed for easy assembly with a hex key tool.

The mini architectural delight is actually an extension of an existing building. The new owner, known as Mrs. Fan, wanted to build it in the courtyard of her parents’ home but the original structure was not in a good enough condition to allow that happen. Instead, part of the building was torn down, and the prefabricated building erected.

The owner of the house Mrs. Fan wanted the house to be made in the courtyard of her parent’s house, but since the original structure was in bad condition, a part of the building was demolished and replaced with the prefabricated building.

The POA had initially created a Plugin Tower which was a much bigger home constructed using the same technique and materials, where the panels were equipped with necessary plumbing, wiring, and insulation. All that was needed was the Allen Key, a tool that the Swedish furniture firm IKEA has made an integral part of our lives.

The house spread over 300 square feet makes the best use of its space, packing in a spacious kitchen along with a double height living area. A rooftop deck provides for more space and brings in sunlight to the house. The area where the house was constructed has no local sewerage system, so the bathroom is equipped with a composting toilet and shower system.

In the world where millions live without a roof over their heads, prefabricated houses can be brilliant cost savers and will also account for minimal building material waste and labor costs. If the same idea is applied to mass manufacturing, the costs will go down even further, making the dream of stable housing come true for many.