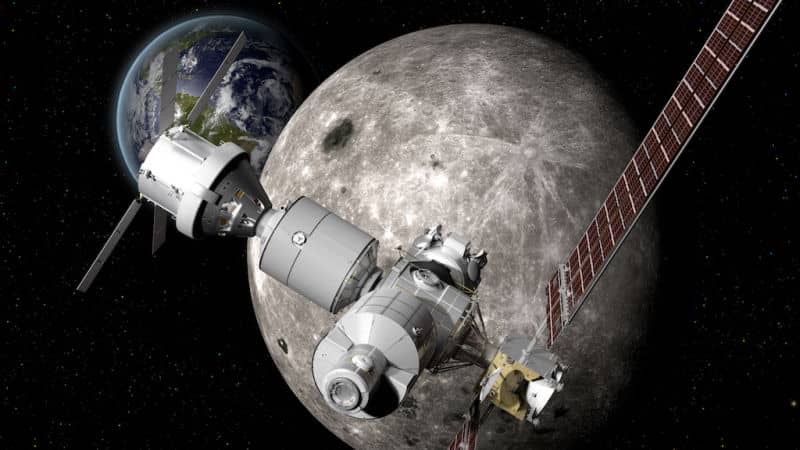 The race to colonize the deep space is on, with the battle ranging from China, America and even UAE making their intentions clear to a fight for bragging rights to within the multitude of space companies. Now Boeing has joined the party, as it revealed its unique concepts of a lunar outpost and a deep space explorer on April 3rd.

Boeing didn’t present a timeline, but they did reveal that the company will employ NASA’s Space Launch System (SLS) which is termed as the most powerful rocket the world has ever seen. Boeing calls this outpost as the Deep Space Gateway which will entail an attempt to send a habitat into the Moon’s orbit, something similar to the International Space Station (ISS) as it will provide a habitable space to perform scientific research and transportation vehicles to dock. The main purpose would be to allow Boeing’s Deep Space Transport vehicle to stop there before it goes off to the Red Planet.

“The ability to simultaneously launch humans and cargo on SLS would allow us to assemble the gateway in four launches in the early 2020s.”

ALSO READ: Here Is Why Elon Musk’s Plan To Send Two Moneybags To The Moon Is Ridiculous

According to Boeing, both the Deep Space Transport vehicle as well as the Deep Space Gateway will use solar electric propulsion technology.
Whoever wins this race, it will certainly will be a huge success for humanity!