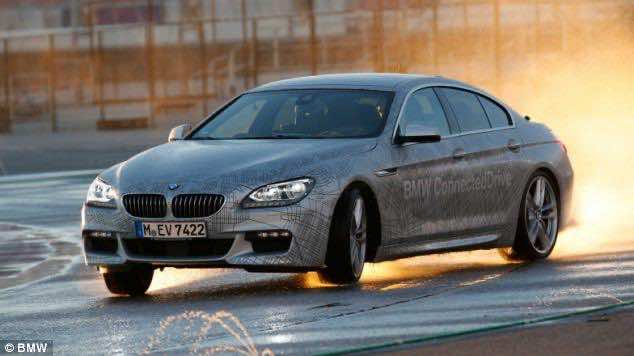 With every major automaker developing autonomous car, it appears that the roads will be filled with dull and boring drones that keep to their lanes and drive in a “smooth” manner. BMW may have created a “fun” alternative to the self-driving car that can drive just as well as any motoring enthusiast out there. The German automaker has revealed that it is testing autonomous cars with the ability to drift around corners, regardless of the road conditions, just like any professional racing driver would. The prototypes use “advanced technology to demonstrate maximum safety up to the car’s dynamic limit.” This basically means that these self-driving cars can perform just as well (and even better in some cases) than a human driver at high speeds, in situations where other autonomous cars would simply crash. BMW is using modified versions of their 2-Series Coupe and 6-Series Gran Coupe to perform trials of the new technology, and unveiled these models to the public at the 2014 Consumer Electronics Show. Both cars have a Lidar system, 360 degree radar, ultrasonic sensors and cameras that track the environment, all of which allows the car to make driving decisions best suited for the road it is traveling on. The Lidar system is basically a remote sensing technology that measures distance by illuminating a target with a laser and detecting the reflected light. Together with BMW’s electric braking, throttle and steering control, the car can handle different maneuvers at high speeds without any input from the driver. BMW said the following about the prototypes:

“The prototype can pilot its way at high speeds and with exceptional precision on a slalom run between cones, adheres to a marked out circular course regardless of the friction coefficient of the road surface and executes an obstacle-evading lane change to perfection.”

The technology has already gained the appreciation of driving enthusiasts, but it is also useful for dangerous driving conditions where untrained drivers may not know what to do and let the car sort things out instantly. BMW has tested the cars at the Nürburgring circuit which is famous for its sharp corners and insane handling demands from any car. The cars were tested in wet and dry conditions of the road and they performed exceptionally. BMW claims that the best self-driving car is one that can handle all driving situations and the one that the public will ultimately trust.