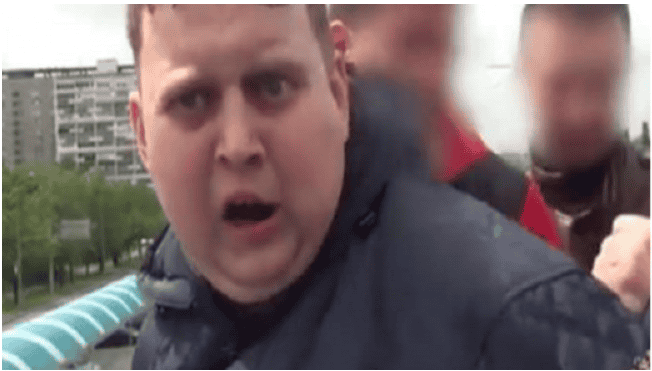 The ‘master mind’ behind the demented suicide game, Blue Whale, has finally been hunted down by the police. The sick weirdo turned out to be a Moscow postman, who allegedly had more than 30 schoolgirls turning suicidal due to his brainwashing game.

Ilya Sidorov, 26, has admitted to the charges of creating the social media game that brainwashes youth to go through a series of risky dares, shockingly ending in their own suicides. Sidorov was questioned over allegedly making a 13-year-old girl from the village of Yetkul, Russia jump under a passenger train. Luckily the girl survived and was rushed to hospital with cut wounds. She was also led to create a blue whale outline on her arm and inflict self-harm by the instructions in the game.

Sidorov reportedly broke down during the investigation, admitting to ‘administrating’ the online ‘Blue Whale’ challenge. The deranged man has been detained and extradited to Chelyabinsk where he will defend against the charges of inciting the schoolgirl’s death.

The man’s mobile phones, a tablet computer, and SIM cards have also been seized as evidence.

“The suspect clarified that he is the administrator of a so-called suicide group that had 32 members, all of them underage,” she said. “He assigned them tasks aimed at inuring themselves in order to incite suicide.”

Along with Sidorov, Philipp Budeikin, 21, has also been held in custody by the Russian police and is charged with inciting 16 schoolgirls to kill themselves.

The notorious game went beyond the bounds of Russia as far as France, Spain, Portugal, and the UK.

Here are the complete details of the game: