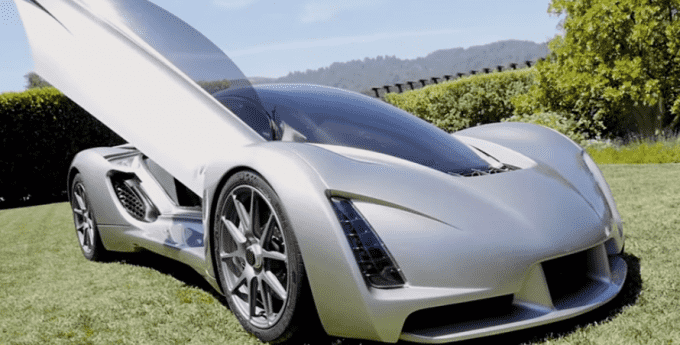 3D printing technology isn’t exactly new as it was introduced way back in the 1980s and was called Rapid Prototyping. In the early years, it was used for only a few tasks and the material was also limited. The recent boom in 3D printing research and corporate interest has allowed us to make almost everything with the help of this revolutionary manufacturing technology from rocket parts to 3D printed organs. The early misconception that the implementation of the 3D technology was limited is long gone. Divergent MicroFactories, a startup from the USA has successfully made a 3D printed supercar and named it Blade. By no means is the blade inferior to other supercars of its category. It packs more thrust-to-weight ratio than Bugatti Veyron itself and weighs significantly less than 90 percent cars of its genre at just 1400 lbs and 30 % of electric cars. The factory capital cost of the new car is 1/50th of any car made with the help of conventional machining processes as it only requires a few machines while assembly lines need rows and rows of machines and robots. It can go 0-60 mph in just two seconds and packs an impressive 700 horsepower engine as well. Its manufacturing involves a new technology called nodes that uses 3D printed Aluminium joints that are used to join Carbon fibers together in the chassis. According to the CEO of Divergent Microfactories, even though the new cars are becoming cleaner and greener, their manufacturing process is far from it, and the researchers need to do something about it. 3D printing is amazingly green manufacturing strategy that could help implement strict regulations on the auto industry. It also envisages a stage where setting up factories to make cars will no longer be one of the most challenging ventures but one of the easiest ones instead. Divergent Microfactories aims to produce 3D printed Chassis for cars around the world, and they have plans for making up t 10,000 chassis annually. They are currently looking for investing partners.