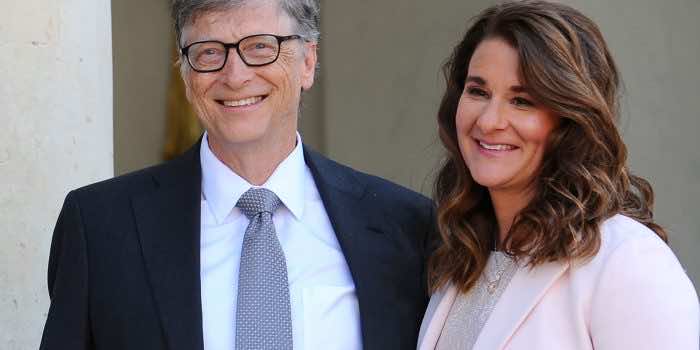 At the end of another era, Bill Gates and Melinda Gates have just announced that they are going their separate ways. The couple had been married for more than 27 years but they’ve just tweeted that they are now separating as they no longer believe that they can grow as a couple. Both are them are eager to face the next phase of their lives. 27 years, how do you end something that’s been there for so long?

People were worried that due to their separation their foundation would also face some changes but they have assured that they will continue to work together at their foundation. The Bill & Melinda Gates Foundation was founded in 2000 and has now become one of the largest charitable foundations in the world with an endowment of almost $50 billion.

No one knows what’s in store for the couple after they separate but if their Twitter is to be taken seriously, we can see that this decision is something they both agreed on. They both tweeted the same message on their respective Twitter accounts. The message starts with “After a great deal of thought and a lot of work on our relationship, we have made the decision to end our marriage. Over the last 27 years, we have raised three incredible children and built a foundation that works all over the world to enable all people to lead healthy, productive lives”.

You can read the full message below.

Melinda Gates tweeted the exact same message on her Twitter account as well. Bill has made a lot of life-changing decisions in his life. He stepped down from his position as CEO in Microsoft in 2000 and became a full-time employee until 2008. He also recently stepped down from the company’s board in order to better focus on philanthropy. Melinda also previously worked at Microsoft as a product marketing manager before leaving in 1996.

Judging from the couple’s message, their foundation will remain unchanged. Only time will tell us what’s in store for the two in the future.