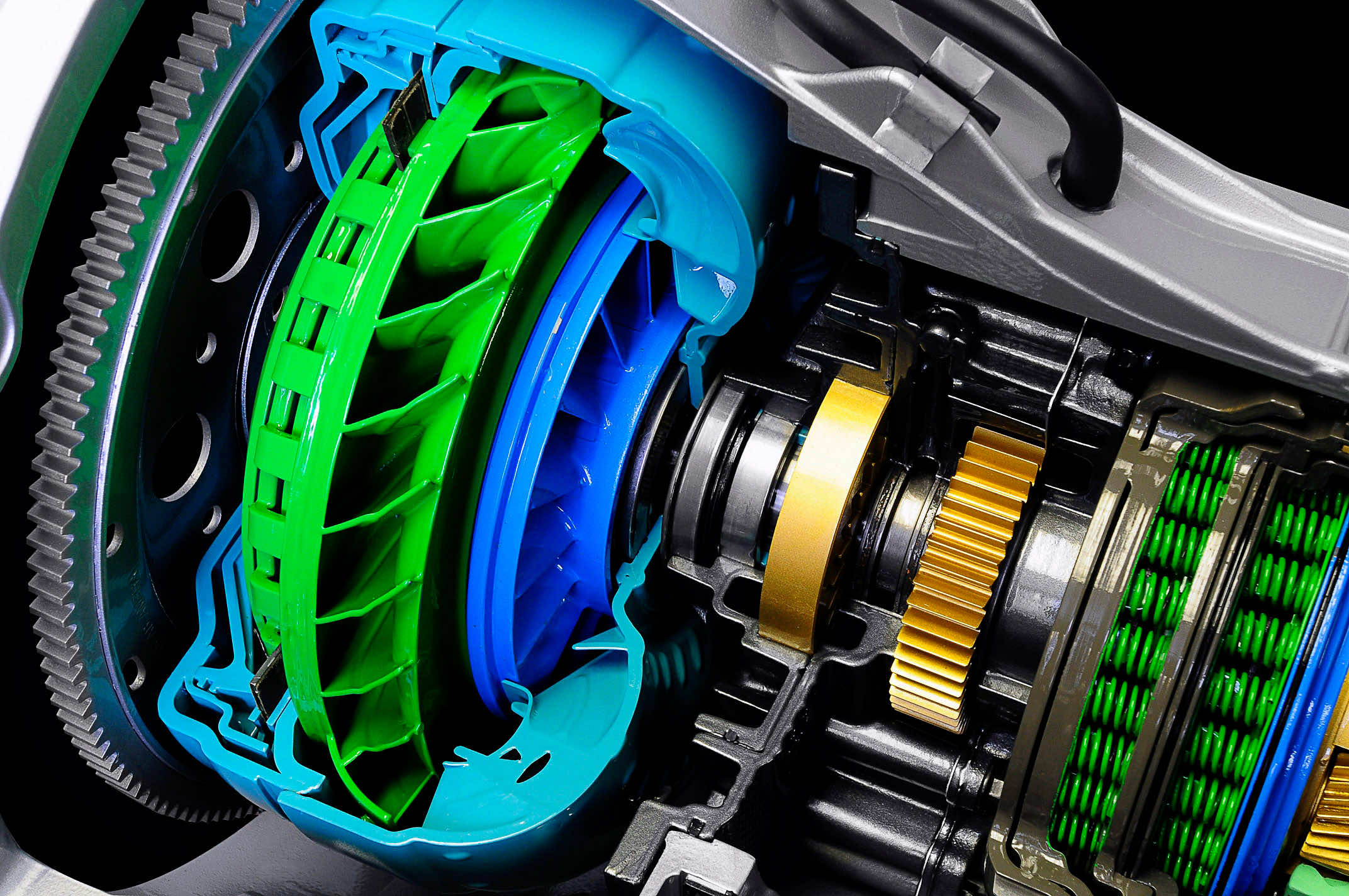 Most car enthusiasts debate that the real legacy of a car is in the manual transmission. However, they cannot deny the fact that most of the modern day cars are moving towards automatic transmissions. They are easier to use, less fussy to maintain, and also cut out the usage of three pedals to two. Just like most of the modern day technology, its practical application is pretty easy, but the science behind it is usually very complex.

Today, we are going to decipher the complicated and ingenious mechanism behind the auto transmission.

Most of the modern auto gearboxes have a combination of gears called a planetary gear train. A planetary gear set constitutes of the following components:

The drive train is attached to a mechanism known as a torque converter. It is a fluid based joint between the engine and transmission.

When the sun gear is locked and the planets are being driven by the planet carrier, the output of the transmission is solely extracted from the ring gear, thus achieving an increase in the speed.

When the ring gear is locked and the sun gear is being driven, the planet gears’ transmission is via the planet carrier and the speed is reduced while the torque is increased.

When power input is going into the sun gear while the planet carrier is locked, the ring gear is being driven to transmit drive in reverse.

Direct drive is a condition where the mechanical parts of the gear box are driven directly by a motor to transmit power. To achieve this phenomenon, the sun is locked to the ring gear. Now, the whole unit becomes a single unit without any change of speed or direction of rotation.

Here’s a video explaining the mechanism.