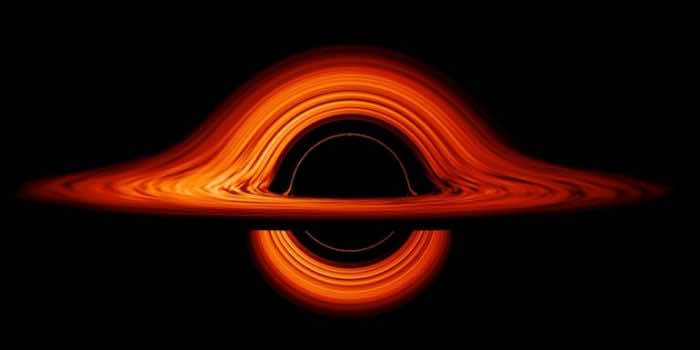 Black Hole is known for its immense dark blackness that does not allow light to pass through. However, recently astronomers have detected light behind a black hole for the first time. Bright flares of X-ray light were spotted bursting from a supermassive black hole at the centre of a galaxy 800m light-years away.

“Any light that goes into that black hole doesn’t come out, so we shouldn’t be able to see anything that’s behind the black hole,” said Stanford University astrophysicist Dan Wilkins in a statement.

“The reason we can see that is because the black hole is warping space, bending light and twisting magnetic fields around itself,” Wilkins said.

This discovery confirms Albert Einstein’s theory on general relativity. In addition, the gravitational pull from black holes essentially bends light rays around them, giving scientists their first glimpse of what lies behind. This witness the recent advancements in technology that allowed this unprecedented look at our cosmos.

Roger Blandford, co-author and professor of physics at Stanford, said, “Fifty years ago when astrophysicists started speculating about how the magnetic field might behave close to a black hole, they had no idea that one day we might have the techniques to observe this directly and see Einstein’s general theory of relativity in action.”

The turning and moving halos of the super-heated gas surrounding the black holes is the same light that was detected by scientists and researchers when studying coronas from the earth. When these gasses get entangled in the magnetic field of the black hole, they give birth to the X-rays, which are visible from the earth.

These coronas swirling around many black holes in our universe are yet to be identified. However, the European Space Agency’s upcoming Wide Field Imager detector could get us much better resolution observations in the years to come.