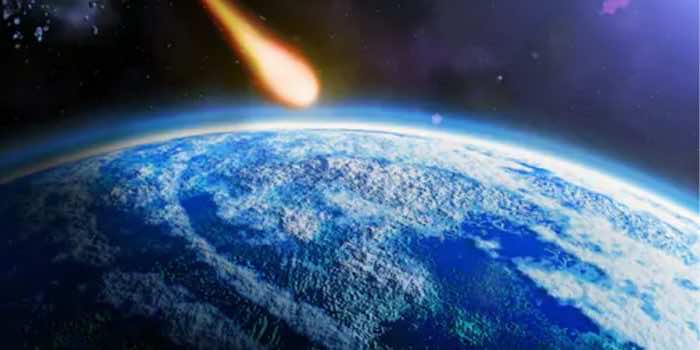 An asteroid was discovered back in 2004 that had a course showing that it could hit Earth. The scientists back then estimated that it could impact Earth around 2068. Their calculations showed that it had a possibility of colliding with us. The asteroid was named after the Egyptian deity Apophis, which personifies evil and chaos.

NASA has now pushed back the collision date to as far as 100 years. Phew, at least I’ll be gone by then. They did say that it will slide past the Earth in 2029 but will be a close call or near miss. The asteroid is about 340m across and the impact is estimated to be 28,000 times that of the nuclear bomb dropped on Hiroshima.

Davide Farnochia of NASA’s center for near-Earth object studies said in the statement that “A 2068 impact is not in the realm of possibility anymore, and our calculations don’t show any impact risk for at least the next 100 years”. He added that “With the support of recent optical observations and additional radar observations, the uncertainty in Apophis’ orbit has collapsed from hundreds of kilometers to just a handful of kilometers when projected to 2029.”

The Apophis has been removed from the risk list. They say that is it expected to pass at about 21,000km from the planet’s surface but will come between the Earth and the moon. In 2029, the asteroid will be visible to the naked eye. Your Name vibes.

People in the Southern Hemisphere will see it moving from east to west over Australia and then it will move across the Indian Ocean and cross the Equator over Africa. The asteroid will be getting brighter and faster as it passes.