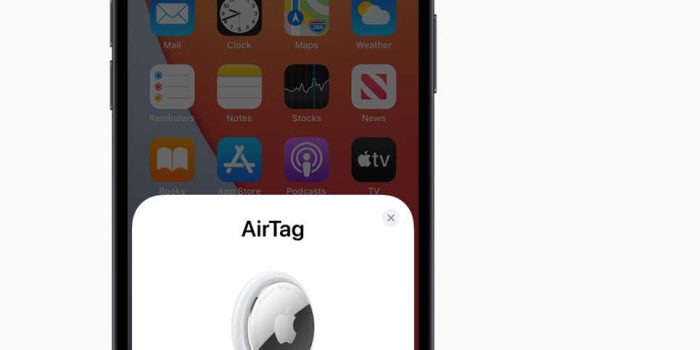 According to a new report from the York Regional Police in Aurora, Ontario, there have been five distinct occurrences where thieves have hidden an AirTag on a “high-end car” in order to steal it. The thieves’ strategy is to leave the tracker on a target vehicle and then use Apple’s Find My app to track its location to see where it’s parked.

The report read “Since September 2021, officers have investigated five incidents where suspects have placed small tracking devices on high-end vehicles so they can later locate and steal them. Brand name ‘air tags’ are placed in out-of-sight areas of the target vehicles when they are parked in public places like malls or parking lots. Thieves then track the targeted vehicles to the victim’s residence, where they are stolen from the driveway”.

Despite the fact that just five thefts have been explicitly linked to AirTags thus far, over 2,000 vehicles have been stolen in the region in the last year, and the problem is sure to spread to other cities and nations throughout the world. MacRumors reported that AirTags are expected to be utilised on a larger scale in an increasing number of car thefts in the future, according to the police.

The police have advised car owners to park in a closed garage if at all available and to inspect their vehicles for trackers on a regular basis, especially if they receive an unknown AirTag warning, and have published two public education movies on the subject.

Apple has taken a lot of fire over the potential security and privacy risks with its new item tracker. While it’s useful for keeping track of your keys, wallet, backpack, and other belongings, it can also be used for malicious purposes, such as the one described above.

Apple has added several security elements to ensure that you can detect an unknown AirTag if it moves with you, such as an audible sound and an iPhone notice. The second feature, on the other hand, is currently only available if you have an iPhone. Apple has stated that it will develop an Android app to help protect users who do not own an Apple device, although it has yet to do so.