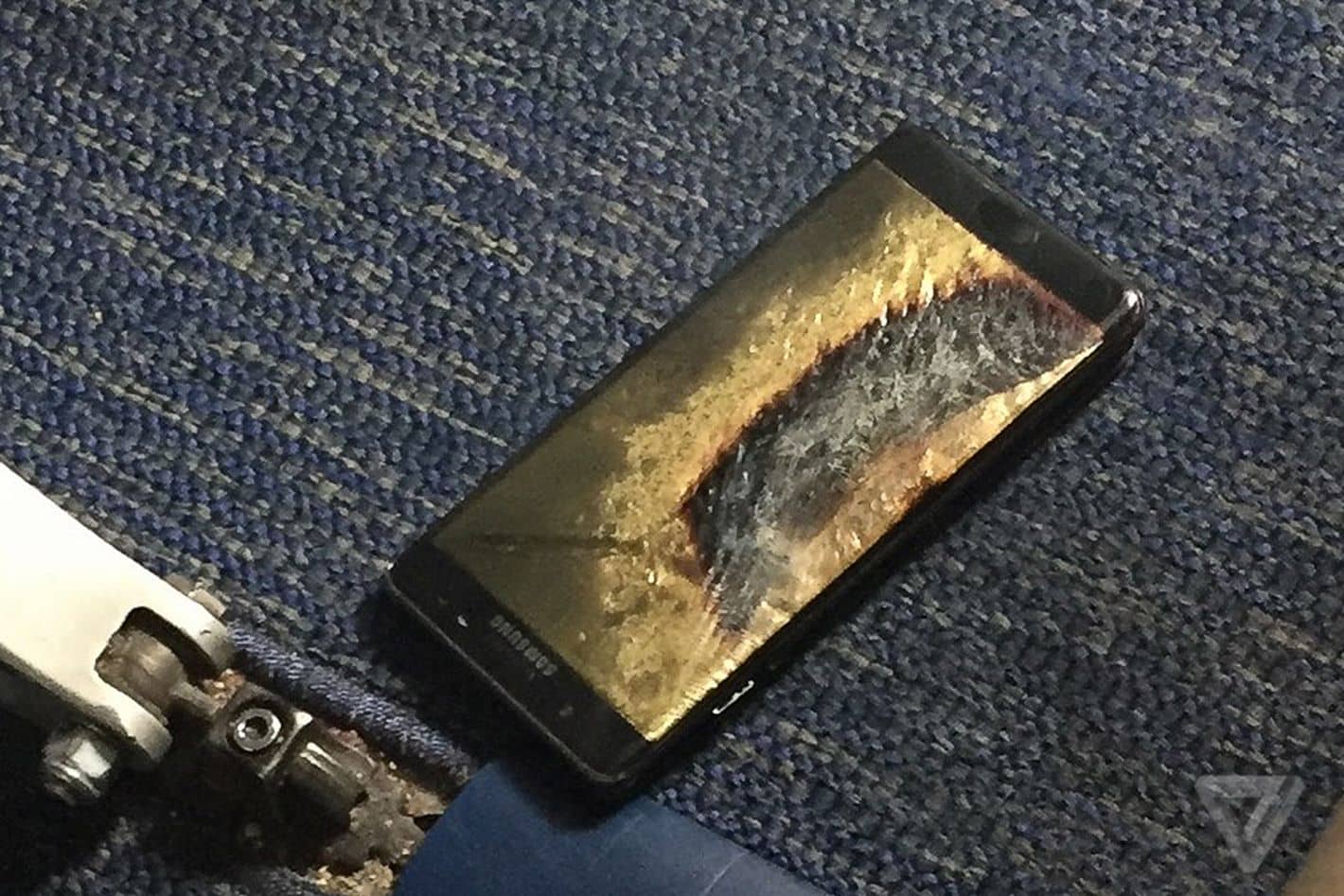 Following a harried debacle of Galaxy Note 7 handsets catching fire all over the place, Samsung announced a global recall and replaced the faulty handsets. However, the latest news indicates that Samsung is in much more trouble than reported previously. A replaced Galaxy Note 7 caught fire in the passenger’s pocket as he was flying on the Southwest plane.

Brian Green did all the things right and turned off the phone when instructed by the crew. The Note 7 was in his pocket when it began to emit smoke. He dropped the phone onto the floor and saw ‘thick grey-green angry smoke’ coming out of the device.

Flight 994 of the Southwest Airlines enroute to Baltimore was evacuated. The passengers and crew disembarked from the plane using the main cabin door and no casualties were reported in the incident.

The fact that sticks out is that the Note 7 that scorched the carpet and even burned the subfloor of the plane was a replaced Note 7 handset, deemed safe by Samsung. Brian Green had picked up his new safe handset from the AT&T store on September 21st.  Green also confirmed that he charged the phone wirelessly since receiving it.

An image of the Note 7 box prominently features the black square icon indicating that the phone has been replaced. Green said that his burned Note 7 featured a green battery icon and the battery of his handset was 80 percent charged before he switched it off!

When the IMEI number of the burned handset was run through Samsung’s recall eligibility checker, it stated that the Galaxy Note 7 owned by Green was safe and not affected by the recall.

The phone is currently in possession of the arson cell of the Louisville Fire Department for further investigation while the US Consumer Product Safety Commission has already opened an inquiry regarding the incident. Samsung has issued an ambiguous statement saying:

“Until we are able to retrieve the device, we cannot confirm that this incident involves the new Note7. We are working with the authorities and Southwest now to recover the device and confirm the cause. Once we have examined the device we will have more information to share.”

In the wake of this disastrous incident, Samsung is facing a completed crisis that would ruin both the image of the company as well as its financial returns.