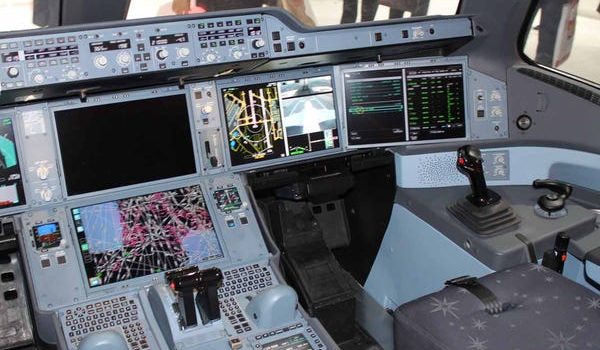 Next time you board on an airplane, do check if the pilots are there on the seats or not! Not at all threatening you, just a glimpse of what you can expect in your future flights. Well, 2019 ended with an addition to the autonomous industry. The Airbus conducted the first test flight of a self-flying aircraft. And it is the next reality!

Airbus A350-1000 XWB was successful in its autonomous flight from Toulouse-Blagnac airport in France. Believe it or not, the craft flew all on its own, just the initial lining up and engaging the autopilot was done by the test pilots, rest, the imagery from the aircraft’s cameras handled the flight. Let’s see what the test pilot, Yann Beaufils, has to say about the experience, “It started to move and accelerate automatically maintaining the runway centerline, at the exact rotation speed as entered in the system. The nose of the aircraft began to lift up automatically to take the expected take off-pitch value and a few seconds later we were airborne.”

Though, the test pilots didn’t interfere in the autonomous flight but ensured their presence all way as observers. All thanks to the camera technology and image processing systems, which were responsible to keep the plane on track. There are three cameras incorporated on the exterior that provide the images to the pilots and the passengers. The locations allocated to these cameras are the tail, belly and beside the forward landing gear. The technology is very much similar to those of self-driving cars.

One question popping up here is how strong is the monitoring and control system of the autonomous Airbus? Can it readily and efficiently sense any abnormalities hindering a smooth flight? Or still, we are standing on step one yet? Can any Foreign Object Debris (DOB) lead to a disaster or the researchers and designers have catered that beforehand?

Pilots think that by handing over the job of operating the aircraft to technology, they can better focus on other things like flight management. In the longer run, they intend to equip the plane with better features, and within a span of a few years, they look forward to a fully autonomous ride with passengers.

Digging into the past, automated landings have been used before for some passenger planes or private jets and is not anymore an alien terminology. Cirrus, an aircraft manufacturer, has recently hit the system of automated landings with the human effort involved in pushing the button only.

Anyways, something that is triggering my mind is, are they even planning to substitute the staff with robots?