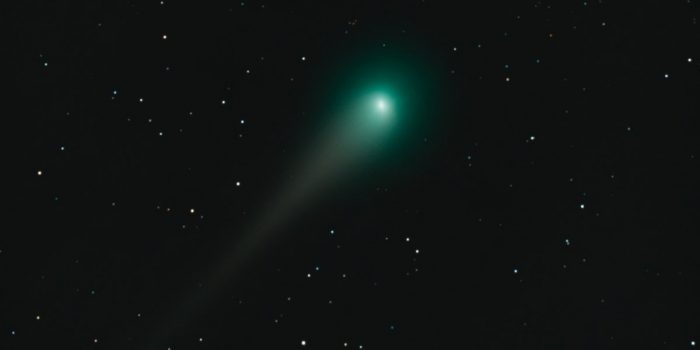 Comet C/2022 E3 (ZTF) will pass by Earth next month. The comet, first discovered in March 2022 by researchers in California, has a green glow and a full orbit of around 50,000 years.

The last time this comet moved past the Earth’s sky, humans were still in the stone age. But now, the once-in-a-generation comet will be closest to our planet on February 1 and 2, and the closest to the sun on January 12, according to the American space agency. As the comet nears Earth, observers will be able to spot it near the bright star Polaris, also called the North Star.

This breathtaking shot captures the moment the tail of a green comet not seen since the Ice Age appears to break off in the night sky. Michael Jäger, an Austrian astrophotographer, went 500 miles (800 kilometers) from his home to Bavaria, Germany, to acquire a beautiful picture of the night sky. On Twitter, he posted a photo of Comet C/2022 E3 (ZTF).

2022 E3 (ZTF) may become visible to the naked eye in the dark skies by the end of this month, depending on how brilliantly it develops in the coming weeks. The comet can be recognized from the stars by its streaking tail of dust and charged particles, as well as the surrounding bright green coma.

On March 2, 2022, astronomers using the Zwicky Transient Facility’s wide-field survey camera found comet C/2022 E3 (ZTF). According to The Planetary Society, the comet’s path around the sun takes it to the furthest reaches of the solar system, explaining why it’s taken such a long time to pass by our planet again.