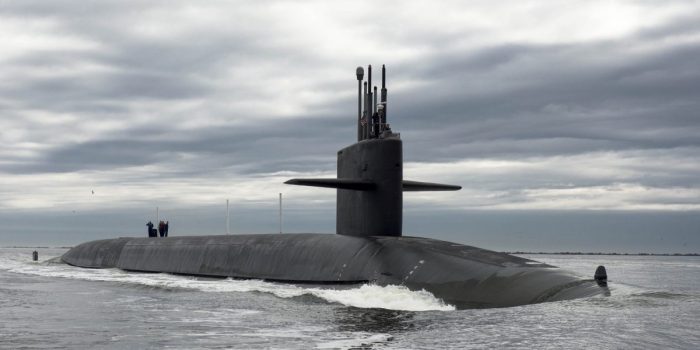 The Federal Bureau of Investigation (FBI) and the Naval Criminal Investigative Service (NCIS) have arrested a nuclear engineer employed by the U.S Navy and his wife on allegations of espionage, according to a complaint from the Department of Justice. The couple from Annapolis, Maryland, has been charged with violations of the Atomic Energy Act.

Jonathan Toebbe, the naval engineer was assigned to the Naval Nuclear Propulsion Programme, also known as Naval Reactors and had access to some confidential information such as design elements, operating parameters, and performance characteristics of the reactors for nuclear-powered warships.

According to the alleged complaint, Toebbe sent a package to a foreign government on April 1, 2020, with a sample of military-sensitive restricted data. In addition to that, Toebbe also communicated over encrypted email with an individual whom he believed to be the representative of the foreign government but was actually an undercover FBI agent.

After months of back-to-back correspondence, on June 8, 2021, the undercover agent sent a ‘good faith’ payment of $10,000 in cryptocurrency to Toebbe after which he and his wife, Diane, traveled to West Virginia to deliver the package. Toebbe placed an SD card inside a peanut butter sandwich at a ‘dead drop location’ while Diane kept a lookout. After receiving the card, the agent sent Toebbe $20,000 more in cryptocurrency following which Toebbe sent the encryption key to unlock the data on the card. After reviewing the data on the SD card, the FBI found that it contained restricted data related to the submarine nuclear reactors.

The agent sent another $70,000 payment to receive another SD card in East Virginia and this time, Toebbe and his wife, weren’t lucky enough to get away. On October 9, 2021, after setting another stage for the drop, the couple was caught red-handed and arrested by the FBI. Attorney General Merrick B. Garland remarked, “The work of the FBI, Department of Justice prosecutors, the Naval Criminal Investigative Service, and the Department of Energy was critical in thwarting the plot charged in the complaint and taking this first step in bringing the perpetrators to justice.”

This all seems like a plot of an intense action movie…