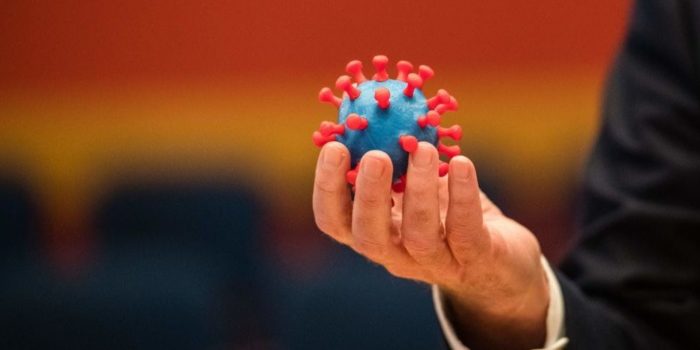 Just when the advent of the pandemic seemed to be decreasing, there has been found a new variant of COVID-19 in British horseshoe bats. However, there is not much need to worry.

This is published in a report on the Research Square preprint server. The study is yet to be peer-reviewed.

This new variant is called RhGB01 and belongs to a family known as sarbecoviruses, which also includes SARS-CoV-2, the virus behind the current COVID-19 pandemic, and SARS-CoV, which caused the 2003 SARS outbreak.

“Horseshoe bats are found across Europe, Africa, Asia, and Australia, and the bats we tested lie at the western extreme of their range,” explained Professor Diana Bell, an expert in emerging zoonotic diseases from the University of East Anglia’s School of Biological Sciences. While the closest relatives of SARS-CoV-2, the virus behind the COVID-19 pandemic, have so far been found in horseshoe bats in places like Laos and China, this finding “suggests their more widespread presence,” Bell said.

This virus is described as “not a threat to humans,” according to the Zoological Society of London’s Professor Andrew Cunningham. Unlike SARS-CoV-2.  It is stated that the RhGB01 is “not compatible with being able to infect human cells.”

The reason why this variant was discovered much later than the other ones is that this variant is expected to have been present in the bats for “a very long time – probably many thousands of years,” Bell explained, but “we didn’t know about it before because this is the first time that such tests have been carried out in UK bats.”

“We already know that there are different coronaviruses in many other mammal species too,” she said. “This is a case of ‘seek and you will find’.”

If the variant mutates, then it can create problems for humans. This can happen if the virus is transmitted from a covid-19 positive patient to the bat.

“If a bat with the RhGB01 infection we found were to become infected with SARS-CoV-2, there is a risk that these viruses would hybridize and a new virus emerge [that could] … infect people,” he explained. “Preventing transmission of SARS-CoV-2 from humans to bats, and hence reducing opportunities for virus mutation, is critical with the current global mass vaccination campaign against this virus.”

This will dictate humans how to be careful while interacting with wild animals even if it is to help them.

“A bat rehabilitator looking after a rescued animal and infecting it with SARS-CoV2 … would provide an opportunity for genetic recombination if it is already carrying another sarbecovirus,” explained Bell. “We need to apply stringent regulations globally for anyone handling bats and other wild animals.”