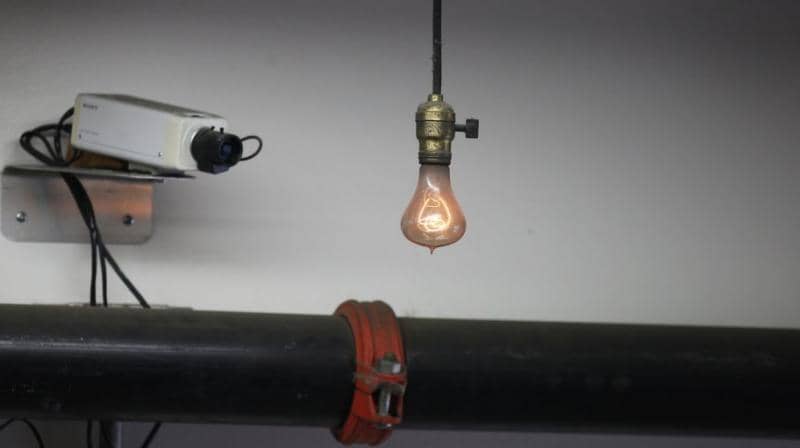 A light bulb installed in Livermore, California is claimed to be the oldest bulb still burning, 115 years after its initial installation.

The bulb was invented by Adolphe A. Chaillete of the Shelby Electric Company. It was first installed in 1901, in the fire department hose cart. Later, the bulb was shifted to the main firehouse. A couple of years later, it was relocated to an entirely different fire station. The fire station was later renovated in 1937. The bulb was switched off for one week while the building was repaired and refurbished.

Over the course of last 115 years, the bulb has survived through countless power outages, voltage surges, and even wars. In spite of its ancient status, the bulb continues to work perfectly.

Given that the modern incandescent bulbs last about 1200 hours while the compact fluorescent bulbs offer an improved life of 10,000 hours, the claim sounds quite extravagant! However, the centennial lightbulb’s more than 1 million lighting hours, without any protective measurements, has been documented extensively.

“We have to take a guess sometimes that it’s a little freak of nature and the development, but they did make quality bulbs back then.”

The hand-blown lamp uses a carbon fibre filament to produce light. The inexplicable longevity of this primitive bulb is an enigma. However, no one is willing to take it apart to find out the reason why it has been burning for 115 years.

You can watch the longest lighting bulb in the history via the Centennial Bulb Cam.