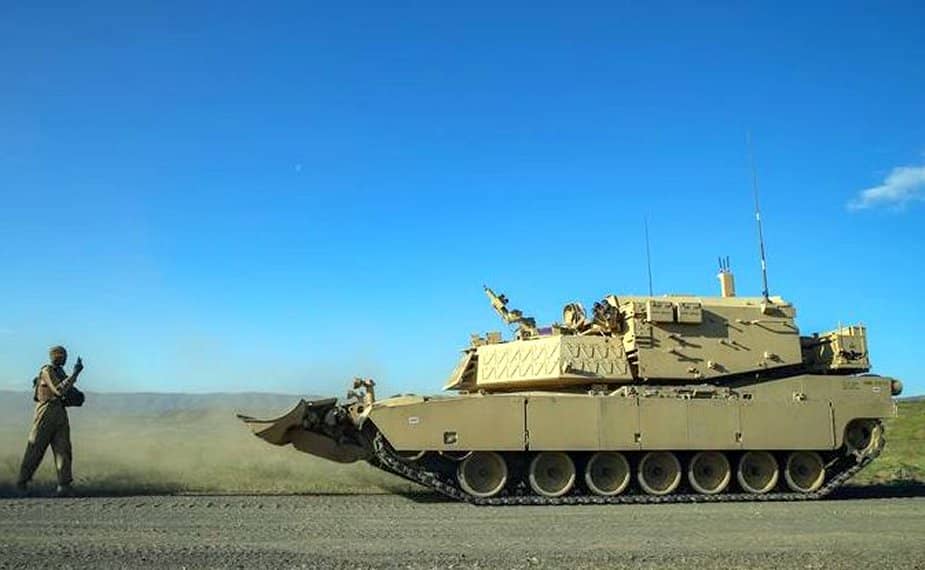 A new unmanned version of the M1 Abrams main battle tank was tested in Yakima, Washington recently. The Robotic Complex Breach Concept Vehicle has been designed for the sake of clearing minefields and battlefield obstacles before a ground assault can take place thus effectively taking humans out of the line of fire for the most dangerous tasks in the military; obstacle breaching and combat engineering.

In ground-warfare, defending forces generally, employ a ‘countermobility plan’ for the sake of boosting their defenses. This involves utilizing stringing concertina wire, trenches, sowing minefields, and constructing anti-tank barriers. The aim of this exercise is to restrict the attacker’s mobility on the battlefield thus slowing them down and allowing the defenders to have more time to take them out.

Combat engineers also known as sappers or pioneers have to remove these obstacles from the battlefield and to make sure that the attack keeps on going. This means that they are usually working directly in front of the enemy guns while handling stuff that is dangerous; land mines and razor-sharp wires. This leads to higher losses of combat engineers during attacks.

Once the US Army developed the M1150 Assault Breacher Vehicle designed to blast and plow its way through the enemy defenses, it came to the conclusion that only the M1 Abrams main battle tank was strong enough to make it on the front line. The Assault Breacher Vehicle features a plow, dozer blade, ordnance removal charges, and an explosive mine-clearing system.

The RCBC is being tested at Joint Warfighting Assessment at the Yakima Training Center. The Joint Warfighting Assessment is basically a field exercise where the Marine Corps and the US Army are carrying out tests for future technologies for possible deployment. The list of technologies being tested also features robotic technologies. In fact, electromagnetic interference from the JWA is powerful to the extent that it is affecting the older garage door remote controls in the communities located nearby.