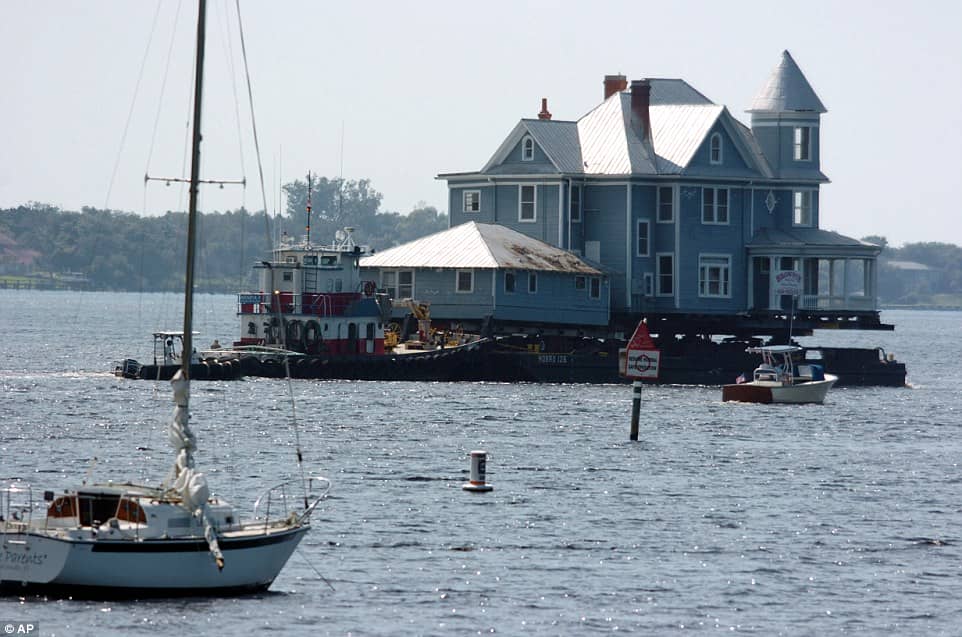 A couple bought a structure for $1 and amazingly transformed it into a $2.4 million estate! After seven years of blood, sweat, and tears; George and Nancy Corbett have created this jaw-dropping mansion at Tampa Bay, Florida.

This Victorian-style mansion floated along the water until it was finally shipped about 20 miles away to Ruskin, Florida. The architectural masterpiece entails seven bedrooms and is expanded on the 7000 square-foot area. It boasts five fireplaces, an elevator, stained glass windows, and even a lagoon pool having a waterfall.

The pair bought the home just for $1 from a real estate agent who wanted to build a condo in Palmetto, Florida in 2006. The house was an excellent way to spend their time and wealth, and rumors have it that the couple has spent over $250,000 on shifting the 220-ton home to Ruskin where they already had a plot of land.

As expected, pimping the structure up was a daunting task. It was estimated to be done in about three years, but it ended up taking more than even double of that time for constructing the first floor, and for renovating the rest of the home.

The four-story mansion now has Victorian style drapes, oak panels, and stained glass windows. George talked to the Tampa Bay Times in 2014, when the home initially hit the market for $4,995,000,

‘It’s not about the money. This is what we like to do,’

The property website Zillow showed that the home was sold for just $1,150,000 to an anonymous buyer after the couple had spent almost $1,900,000 on its restoration.

The house has been recently released on the market again since November 2016. Currently, it is priced at $2,400,000, so you better hurry if you want to grab this beautiful wonder of architecture.