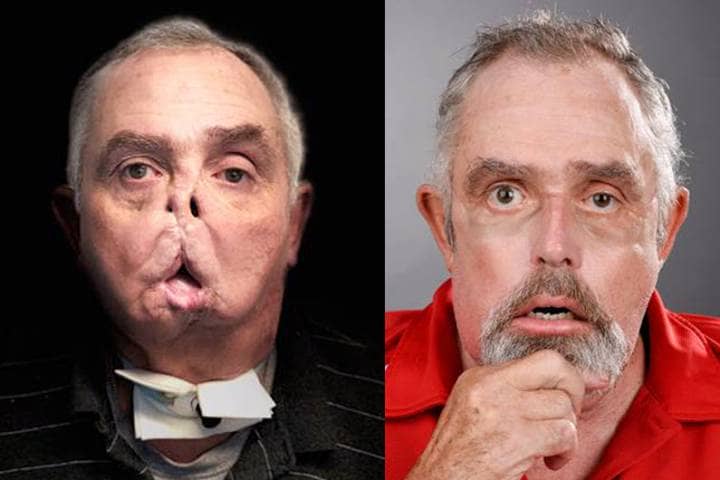 Maurice Desjardins lived in a lot of pain after a hunting accident made his face severely disfigured. He is 65 years old and is the oldest person to get a face transplant. The surgery has restored his ability to perform the everyday activities like chewing his food. The Canadian man got his face disfigured in a hunting accident in 2011 which damaged his facial nerves, muscles, and bones. A team consisting of nine surgeons, 100 medical staff which was lead by Dr. Daniel Borsuk at Montreal Hospital Maisonneuve-Rosemont completed the 30 hours long operation. The procedure was five years long as planned by the Borsuk’s team. They practiced and waited for a suitable donor so they could transplant that face onto another one’s.

The hospital operated in May however announced of their success recently. Borsuk said at a news conference, “This delicate operation is the result of years of concerted, meticulous work by an incredible team and the incredible bravery and co-operation of the patient and his family.” To perform this complicated procedure, a group of surgeons removed the face from a recently deceased donor. It took the team nearly 12 hours to remove the skin from his face. Meanwhile, another team of surgeons was working to remove Borsuk’s face, leaving his eyes, upper eyelids, and forehead. It was a 17-hour long process. Their efforts gave Desjardins one thing which he craved the most; spending time with his granddaughter without the stares of the passing by strangers.

Borsuk said, “Already, he’s leading more of a normal life. He comes through to visit me every week, and in the waiting room, nobody looks at him. They used to always stare at him, (but now) he’s just another face in the crowd.” He spent two months in recovery at the hospital before he was transferred to a rehabilitation facility. Before the operation, Desjardins went through five reconstructive surgeries, but he was still unable to eat, breathe, or smell properly. The 65 years old grandfather is now able to swallow, chew, and even smile. He is unable to speak for now, but he is in the process of relearning it. He will take immunosuppressants medications to reduce the risk of his body rejecting the transplanted face.