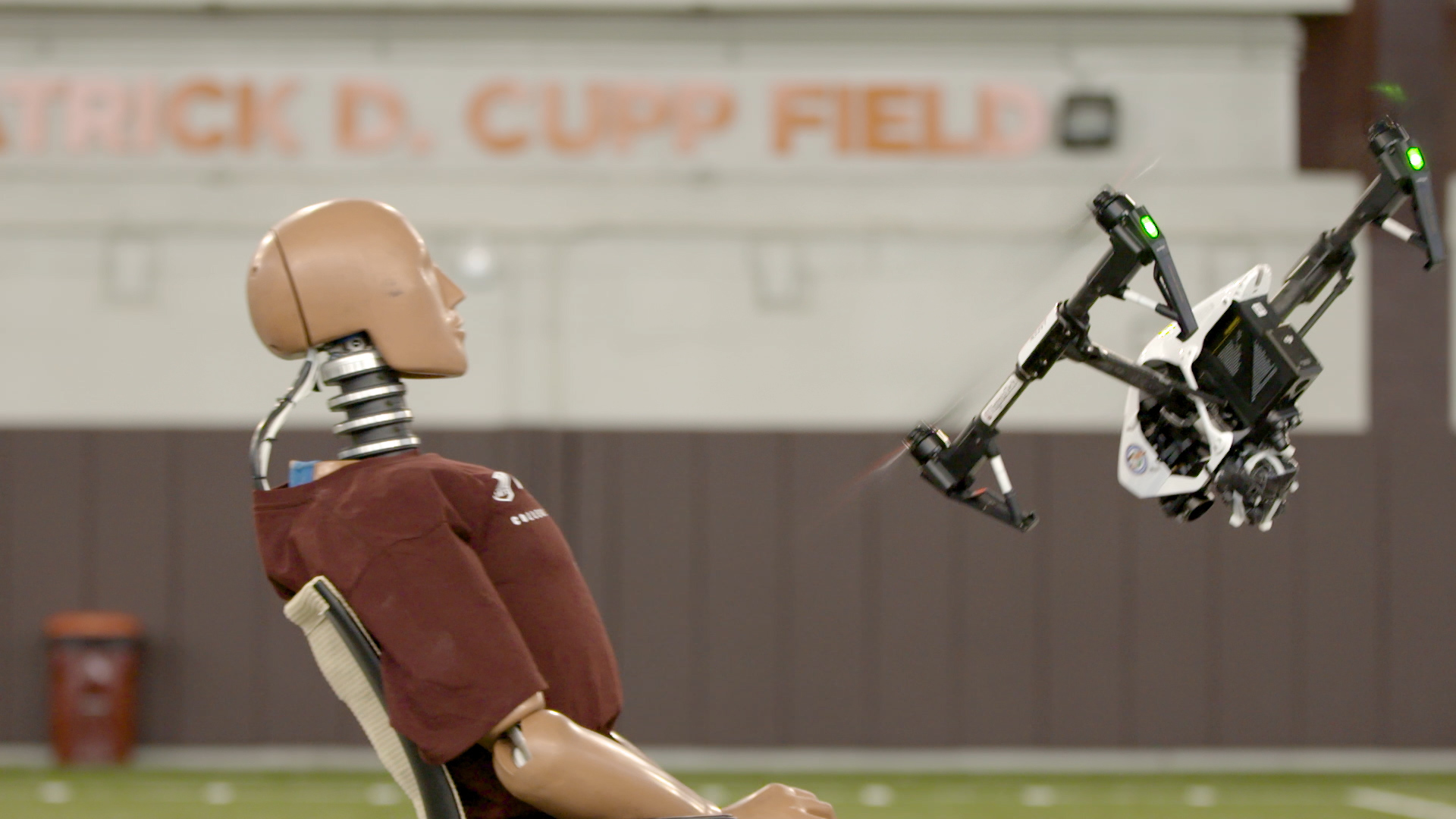 Alliance for System Safety of UAS through Research Excellence (ASSURE) has carried out an eighteen-month long study to answer what happens when a drone collides with a human being. The research was led by the University of Alabama, Huntsville in collaboration with Mississippi State University, the National Institute for Aviation Research at Wichita State University and others.

ASSURE’s Phase II Ground Collision study focused on potential injuries that can be the outcome when collisions between consumer drones and people take place. The research team not only wanted to ascertain the kinds of injuries that would take place but also to come up with safety testing methodology and give recommendations to the FAA for creating rules. This is the only detailed and science-based study of its kind to have ever taken place.

ASSURE has concluded that small and mostly plastic drones are quite flexible with a lot of elasticity. As opposed to popular belief, they can absorb quite a high amount of impact energy, according to David Arterburn, who is the principal investigator with ASSURE. ASSURE has carried out 512 impact tests and simulations with sixteen different vehicles including the famous consumer drones such as DJI’s Phantom and Mavic Pro carrying different objects and payloads with the total weights going from 0.71 to 13.2 pounds. Full anthropomorphic and head-and-neck-only impact tests were conducted as well as Post Mortem Human Surrogate (cadaver) impact tests.

You might be wondering why these pictures and videos look like automotive crash testing. That is because the goals of ASSURE include adapting the proven methodology to commercial drone flight. The organization is aiming for global safety standards along with making recommendations to the FAA. The most common injuries included lacerations, cuts, and bruises. Arterburn has said that the inexact science of concussions has hampered with a realistic assessment of the risk of this particular kind of injury. Only one incident of serious eye damage happened but ASSURE has acknowledged that because of the rotating blades, ocular injuries are bound to happen.

Researchers have gone above and beyond for making sure that the testing was controlled, consistent, and based on the scientific method according to Executive Director of ASSURE, Stephen P. Luxion. He said, ‘We still had a lot of variability. Even a quarter-inch offset in a collision sequence could result in a significant reduction in injury to the person.’ He also said that accidental death by drone would be very rare based on the study. Arterburn has said that it was not just the general public that was curious about these drone-human collisions but also the drone makers.

Arterburn said, ‘Companies are really responding to the fact that they now have clear standards and methodology for testing that can lead to actionable design changes they can make to improve the safety of their products for the public. [Drone] makers can now evaluate their designs against ASSURE data. That’s a metric they’ve never had before….when you get to the 8 to 10 pound [weight] range, mass and design elasticity start to combine to make more serious injuries. Many payloads do not have the elasticity that the vehicles have because of their construction. Both construction and mass have a role in defining injury potential.’