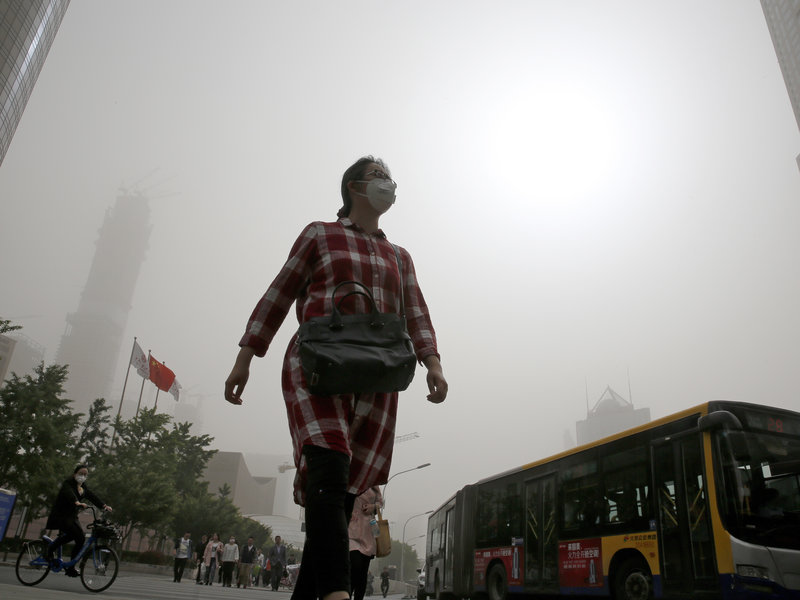 Pollution has been a huge problem for China for a long time now. Home to 18% of the entire’s world population, it has not been easy to effectively control the pollution. Back in 2013, the nation announced that it will decrease the polluting emissions by 30% from all the industries by the end of 2017. As the deadline approaches and China still being behind schedule, the government has taken to a stricter policy.

The government has started a crackdown, shutting down all factories that are breaching emission laws. Statistics suggest that around 40% of the nation’s factories have been shut down with their numbers ranging in tens of thousands. Furthermore, officials from more than 80,000 factories charged with criminal offenses for breaching emissions limits over the past year.

The crackdown coincides with the Communist Party announcing its plan to cut the concentration of hazardous fine particulate matter from 47 micrograms per cubic meter in 2016 to 35 micrograms by 2035. “It will be very difficult to reach the goal, and we need to make greater efforts to achieve it,” said environmental protection minister Li Ganjie.“These special campaigns are not a one-off, instead, it is an exploration of a long-term mechanism. They have proven effective so we will continue with these measures.”

Even though this is proving problematic for the factories right now. It is believed that it will become the norm with time and the businesses will bounce back stronger than before, conforming to the emission laws.“It’s a huge event. It’s a serious event. I think many of us here believe it will become the new normal,” exporter Michael Crotty from China-based MKT & Associates told NPR.“The consumers of China don’t want red and blue rivers. They don’t want to see grey skies every day.”

The factories have been shut down with no opening date announced. Only time will tell what will happen to these factories in the years beyond 2017.