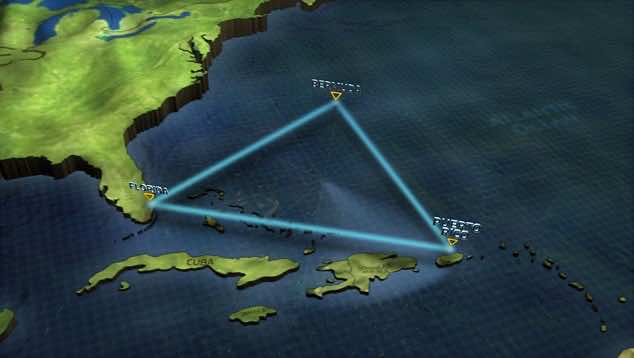 The Bermuda Triangle and its mysteries are well-known in the world. It constitutes the area between the coast of Florida, Puerto Rico and the small island of Bermuda itself. Over the years, especially in the nineteenth and twentieth century, numerous ships, boats and even airplanes have disappeared over this stretch of land, most of whom were never heard of again. Many conspiracies as well as Sci-Fi theories have emerged over the years regarding the possible explanation of this secret area. They include referring it as the place where Satan is supposed to reside while feeling alone to a strong gravitational presence that sucks everything into the merciless depths of the Atlantic Ocean. None of these are, however, entirely backed by scientific facts. Recently, a team of oceanographer and scientists have found what appears to be a concrete explanation of the centuries-old mystery. Huge underwater craters have been found in the ocean bed of the Barents Sea off the coast of Norway. They were most likely be caused by the gas-rich reserves of Norway leaking the potent gas into the ocean bed which eventually bursts into the surface releasing a lot of it and causing deep craters as a result of the blasting action. The crater area is supposedly one of the largest shallow marine discharges in the vicinity, and the explosions could effectively capsize any ships on the surface. They might even have a shot at the early aircraft flying above with their incredible explosive power. Prominent Russian scientist Igor Yeltsov claims that the region’s dangers are due to the gas hydrate reactions occurring all the time. The methane ice converts into gas in an avalanche-like way producing huge amounts of fluid that can potentially imbalance large quantities of water. This is one of the better explanations given in the recent years. It makes a lot more sense than theories of aliens living underneath and magnetic mountains buried in the water that attracts anything metal straight into the ground!

Here is a short documentary on the history of the Bermuda Triangle: